2013-10-16
The K Fair 2013 is the world's largest triennial exhibition that will be held at the Messe Dusseldorf, Germany from Oct. 16 to 23, 2013. In this exhibition, Fu Chun Shin (FCS) will showcase its newly developed product. The “Servo Power-Saving Injection Molding Machine”(SD-SV series) as well as create an opportunity to completely establish its presence in the European market with its announcement.

The “SD-SV series” is FCS’s Standard Universal Servo Energy-Saving injection molding machines series and can be easily applied on numerous product areas such as Household decors, food containers or even car parts. That is why, SD-SV has always been a regular winner on FCS’s sales charts.

The “SD-SV series” is equipped with a highly efficient Japanese motor drive system and pump-switching control technology, of which when used under ideal conditions, the SD-150SV can save energy up to 40% when compared with traditional injection molding machine and up to 70% to 80% if compared with variable displacement pump. In this year’s K Fair, we will produce a thick PMMA iPhone holder, which weighs around 135g, with a cycle time of 120 seconds though the automated robot is removed. The production of such high transparent PMMA products requires not only a unique screw design and high reproducibility but also precise molding conditions in order to avoid yellowing, bubbles and other undesirable problems. The relatively long mold cycle time highlights FCS’s unparalleled advantages in energy- saving technologies.

During the last “K Fair”, FCS showed IML production system and gained a lot of praise. And now, three years after, FCS is continuously and intricately improving, with its New, All-in-One "Function, Quality, Appearance" Trinity machine, the SD-150SV. This system boasts not only its technical capability in energy saving to reflect market demand but also its innovative aesthetical design and breakthroughs unveiled in the machine’s overall appearance like its stylish metal sheet design. It is also ergonomically engineered for configuration, optimization and most especially security. Hence, not only is FCS certified by the European CE but also in October of 2012, FCS garnered an “Excellent Award” and a “Design Award” as they joined the Taipei International Plastics & Rubber Industry Exhibition (TaipeiPlas). These achievements show the height of success by FCS in systems integration, innovation and research development plus design expertise, thus FCS’s new system for the K Fair is expected to attract a large crowd.

Thus participating in major global exhibitions, FCS not only exhibits their newest generation of machines but also an exquisite display of its finished products attracting a large crowd of investors and buyers of all ages who are looking for quality machines and molds. And with the goal set at the world’s number one plastic and rubber exhibition, FCS has been gearing up and ready to go for a dazzling achievement and an opportunity to open up the European market. 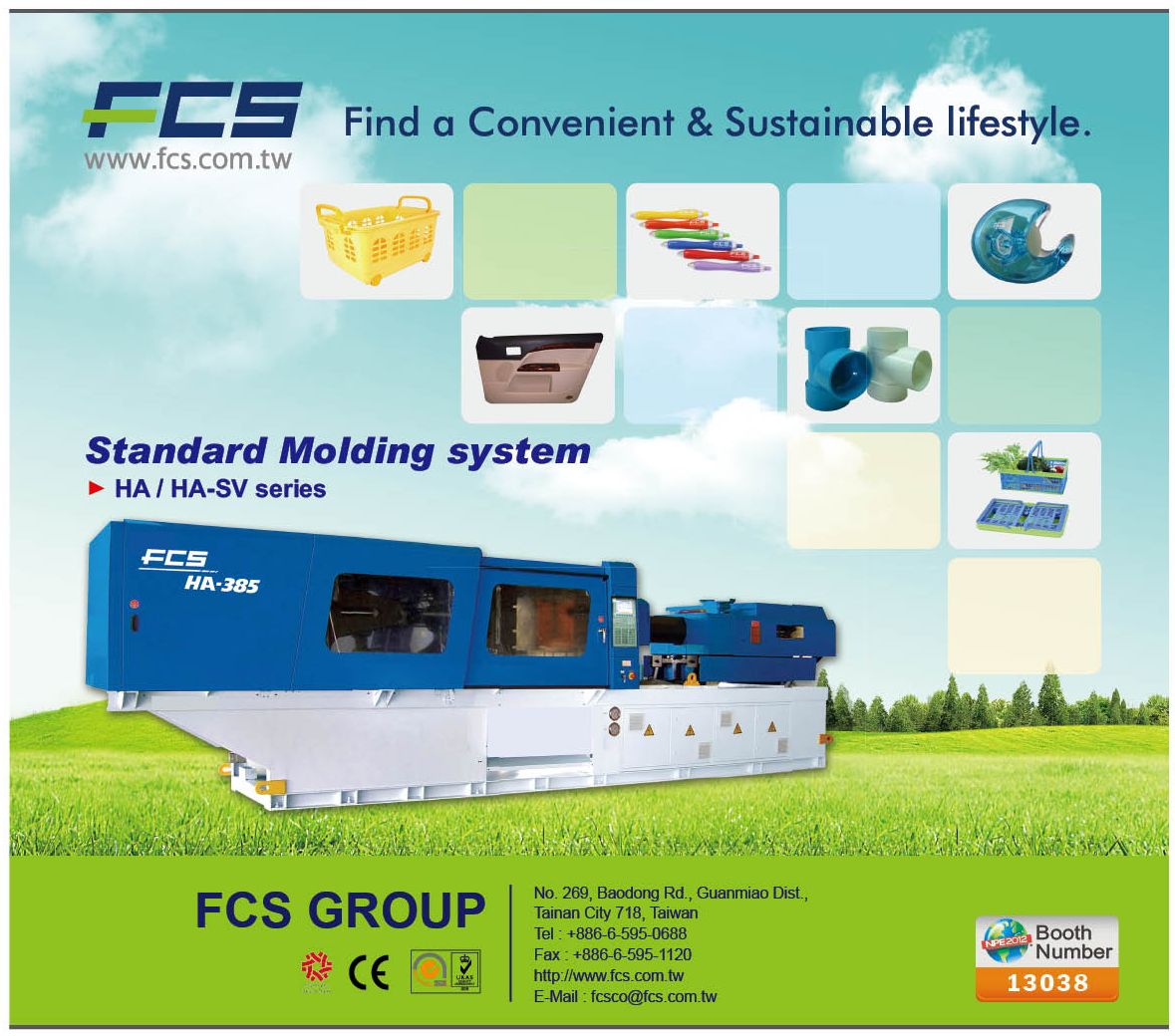