Fu Chun Shin (FCS), a nearly 50-year-old plastic injection molding machine manufacturer in Taiwan, made the most significant upgrade for its ERP system in 2019. The ERP system of FCS has been used for more than 10 years. After the upgrade, not only it could support mobile applications, but also lay the foundation for FCS to transform into a smart factory.

Photo/Yin-Ying Chang, the Assistant Manager of the General Administration Department of FCS

Many Taiwanese have the habit of drinking coffee in the morning. Do you know that the plastic cups and lids used in chain coffee shops, including Starbucks, are produced by machines from a factory in the suburb of Tainan? Without those machines, there would not be enough plastic lids to fit hundreds of millions of plastic coffee cups consumed in Taiwan every year. Besides plastic cups and lids, many daily necessities, from PET bottle caps and sneakers to tables, chairs, covers for car lamps, bumpers, and dashboards, are manufactured by the machines of this factory.

Upon entering this factory, you will be surprised to find how different it is from traditional factories. Many modern technologies are applied on-site to optimize factory management, presenting a digital or intelligent workplace that is only seen in large manufacturing companies. All workers report for duty through a facial recognition system, and learn the progress of equipment assembly through QR codes. Managers can keep track of the progress of the production through real-time information on the digital billboard. Moreover, from this year, when on-site engineers conduct maintenance, they can complete all system logins with an iPad. The entire process is paperless. 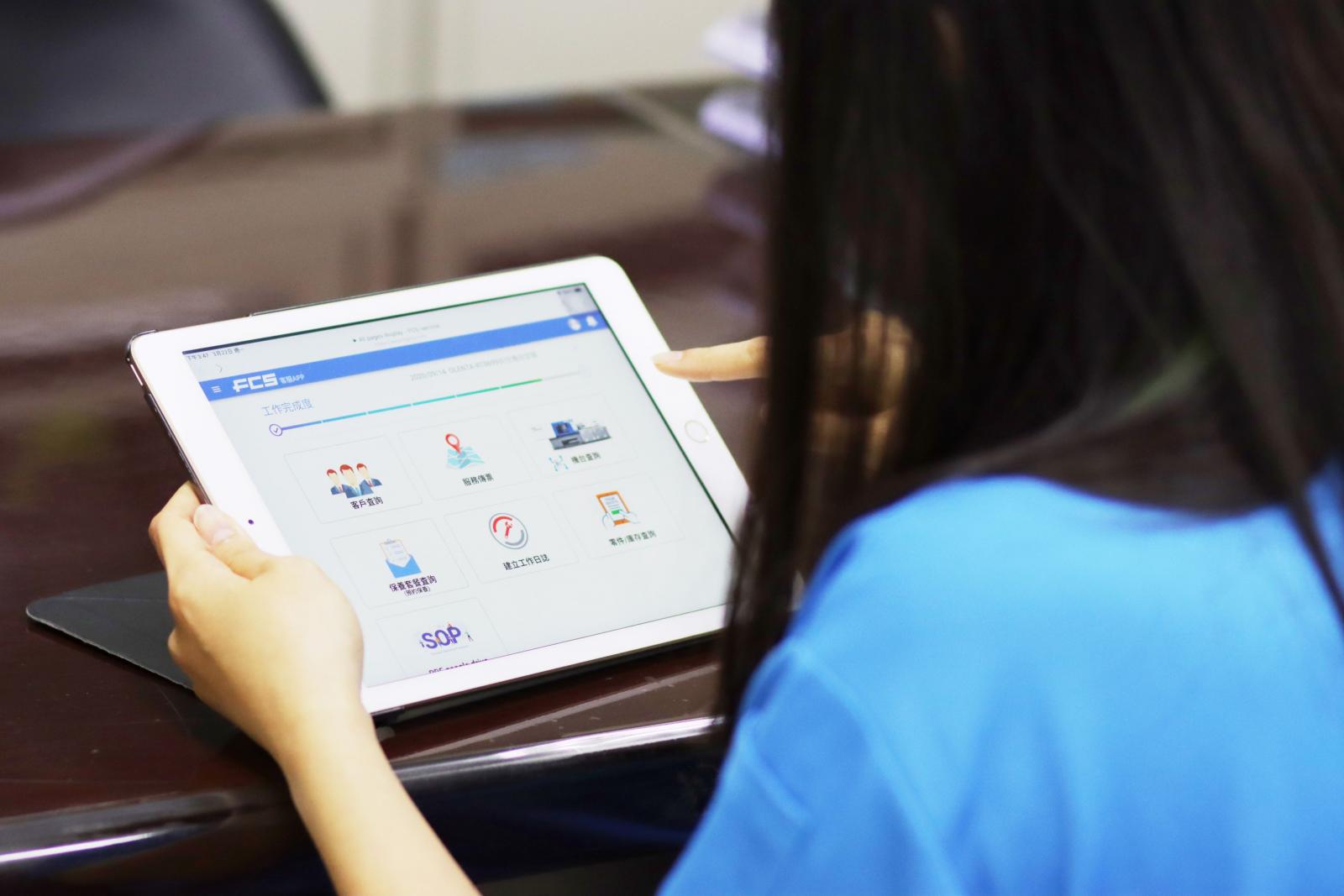 As FSC developed into a group company in 2005, the IT Department took on greater responsibilities for IT innovation.

As a long-established plastic injection molding machine manufacturer in Taiwan, FCS implemented enterprise informatization very early. It introduced the ERP system in 1999, one of the earliest pioneers in Taiwan's machinery industry. Besides enterprise informatization, FCS also implemented e-enterprise early. Just when the Internet started to take off, FCS has already conducted transactions with all suppliers via the Internet since 2001, instead of traditional fax papers. Also, FCS was the first company to introduce B2B online procurement in southern Taiwan. "Although FCS was not the largest at that time, it was the most determined. Over 300 suppliers placed orders via the internet." recalled Yin-Ying Chang, the Assistant Manager of the General Administration Department of FCS.

FCS has always relied heavily on IT because the senior management is acutely aware that the key to driving company growth is informatization and digitization. In 2005, FCS started to explore overseas markets, and the IT department took on greater responsibilities. Also, this year, FCS restructured the IT Department and upgraded it to IT Service Center, so as to promote informatization of the group.

Soon after Yin-Ying Chang took office, she introduced the global logistics management (GLM) system to solve the problem of information stagnation within the group. She said that although overseas factories or branches used the same ERP system as Taiwan Head Office, it was still impossible to manage the overall group in a unified manner because the information was not exchanged. To solve this problem, the IT Department developed a GLM system to integrate the systems domestically and internationally, including the procurement system. By doing so, all resources within the group, big or small, were managed in a centralized way to avoid information silo, and help the group to achieve greater benefits.

Major revisions were made to the old ERP system that has been used for more than 10 years to support mobile applications.

After more than 10 years of development in informatization and digitization, FCS made the most significant upgrades for its ERP system in 2019. Also in the same year, FCS began to develop toward mobility.

Due to the characteristics of the machinery industry, FCS chose a business model of small quantity, customized, and diversified production. To achieve this goal, FCS adopted Oracle database, some packaged software, and customized software to build its own ERP system in the early days to satisfy the industry demand, unlike most other traditional industries that preferred packaged software.

As FCS expanded its business year by year, it diversified into more and more new products, including traditional machines and smart solutions for machinery. However, many key information systems of FCS, which have been used for many years, were already outdated and must be replaced.

ERP system, in particular, is the lifeblood of the manufacturing industry, but the ERP system of FCS has been used for more than 10 years. Many customized features not only complicate the management, but also make the overall system more complex. What's worse, the system has hindered the business activities of the company, because it is outdated and unable to support modern applications. All these are serious challenges for the IT Department of FCS.

In order to solve the problem, Yin-Ying Chang considered replacing the ERP system in 2017. After evaluation, she decided to upgrade the ERP system instead of rebuilding a new one. The IT team spent one to two years implementing the update and finally launched the system in 2019. The update was not only the biggest renovation in the history of FCS, but also a crucial step in the transformation of such a traditional manufacturing company.

In the global market, the competition between industries continuously intensifies, and even more so for the plastic injection molding industry. To stand out from such fierce competition, FCS must transform and react quickly to respond to market changes.

The first step in the transformation of FCS was to restructure the ERP system. In the new version, a web-based ERP system was released to support mobile applications. The update not only enhanced personnel management and operational efficiency, but also facilitated the IT Department to review and confirm the actual operations for further optimization.

Yin-Ying Chang, the Assistant Manager of the General Administration Department, said that besides professional skills, IT staff must also arm themselves with business awareness to reduce barriers when communicating with senior leaders or other departments.

After-sales service was conducted on an iPad, and the maintenance process was paperless.


After the ERP system was updated in 2019, the IT team imported mobile applications into the factory system and after-sales service system. For the After-sales Service Department, the on-site maintenance engineers used to call back the company to check the equipment information from the ERP system before conducting any operations in the past. Now, they can use an iPad to report the progress, run a web-based ERP system to check equipment information, and take pictures to record or describe faults. After maintenance, the clients can also sign on the iPad for confirmation and completion. Such operations make the entire process paperless, improve service efficiency and ensure the manpower is allocated in a timely manner.

After a new version of the ERP system was released in 2019, the IT Department began to import the MES system into the factory system to integrate it with the ERP system.

Moreover, all on-site assembly operations are completely recorded. Operators can report abnormalities through the system, and the system will automatically notify the responsible department via LINE and Email according to the event category. Meanwhile, facial recognition technology is adopted to record on-site operations and time. Operators can report the progress by QR codes, and key components are managed through QR codes as well for future maintenance. 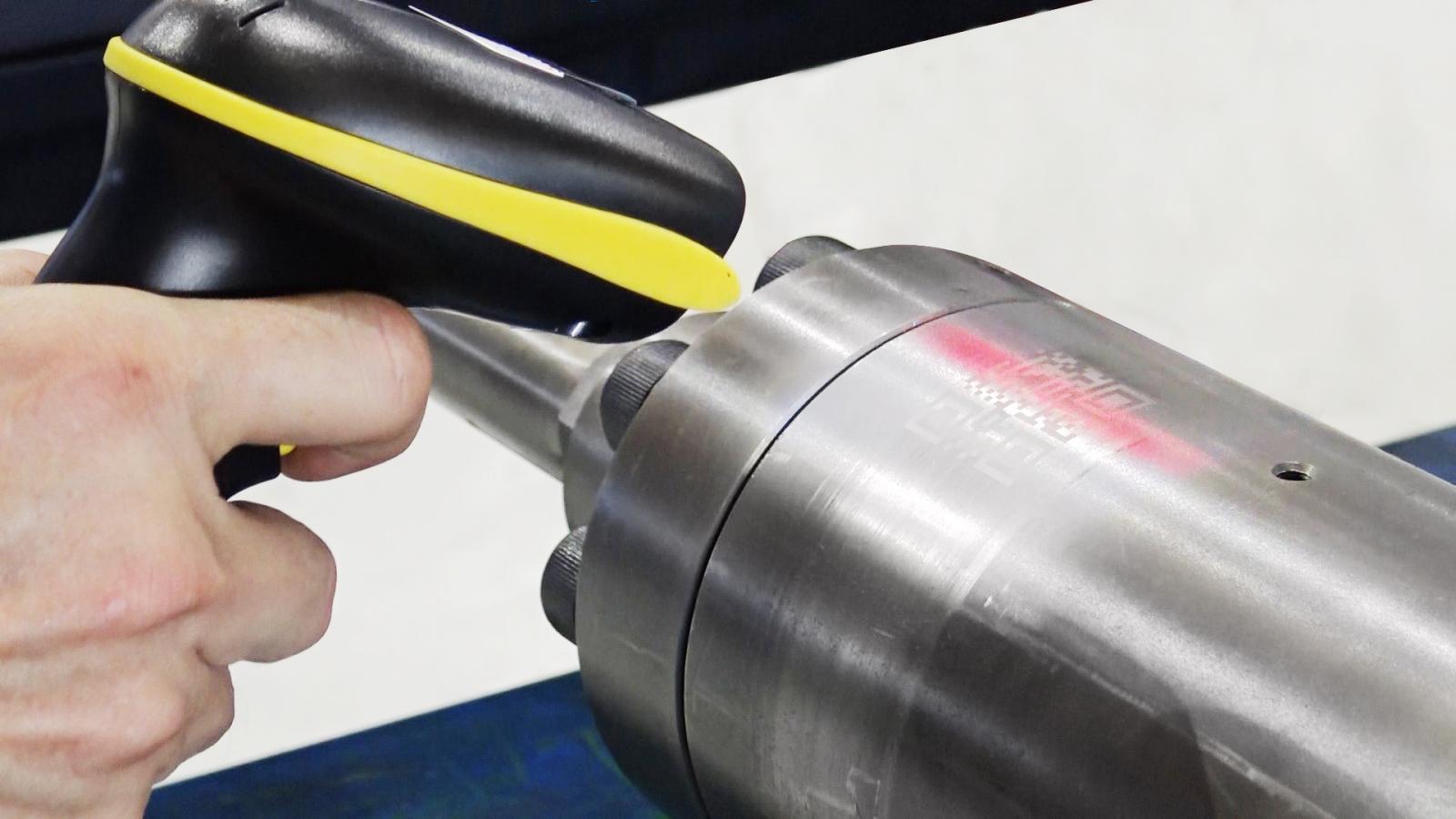 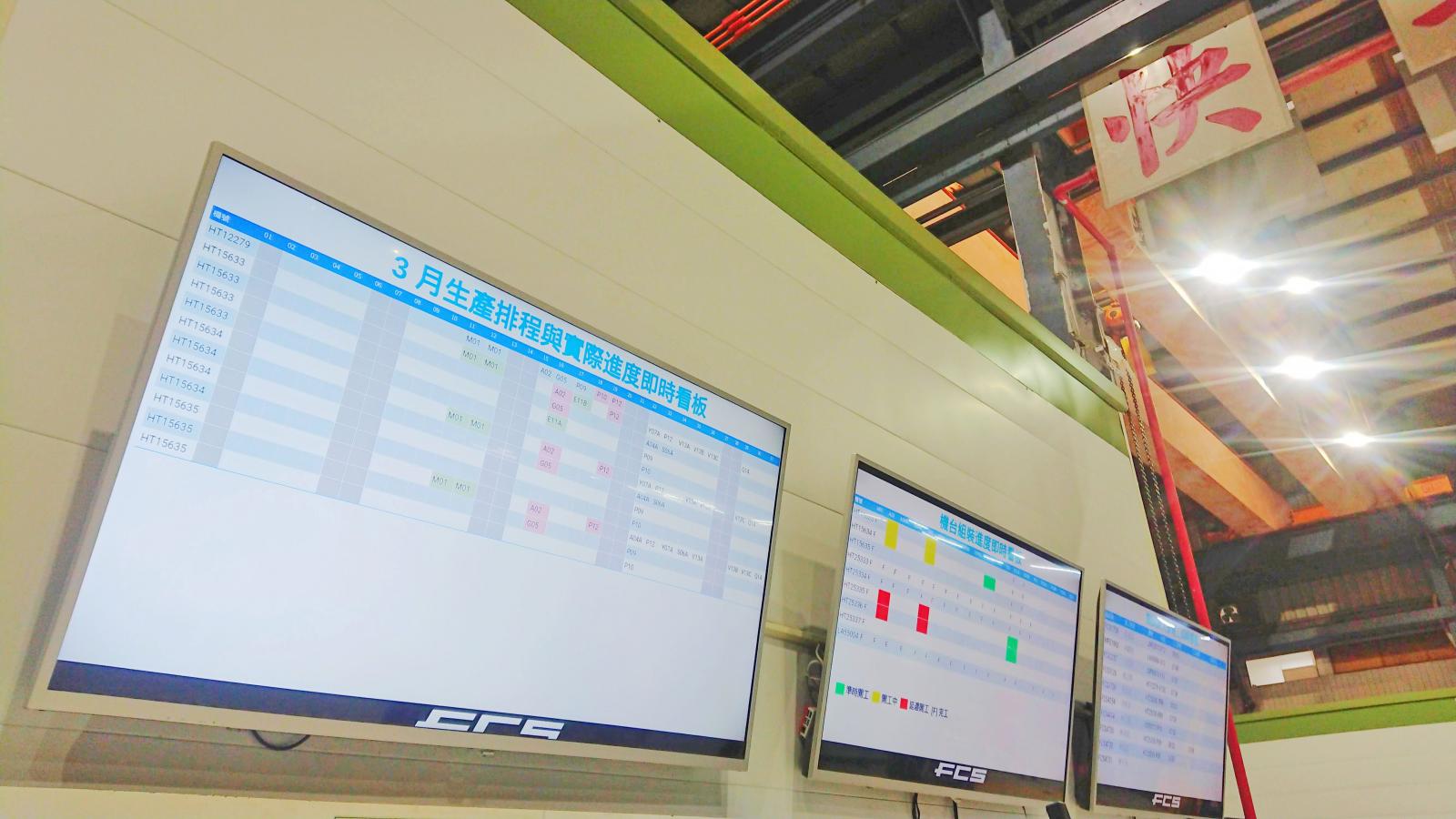 For better management, FCS built a digital billboard in the factory to display real-time information from the MES system last year, including the assembly progress of each piece of equipment, work attendance records, and the progress of incoming materials. In addition, different color lights were used to tell the work progress. For example, the red light indicated that the workplace fell behind the schedule. With this digital billboard, managers could remotely monitor the production status at any time.

The supply chain management system was completely updated in 2019 as well. It was integrated with the cloud SCM and LINE to fulfill mobility management. Now when the procurement personnel issues the purchase order, the system will automatically forward the order information to the corresponding supplier through LINE, so that the supplier can receive the notification immediately and need not go back to the office and check it on the computer.

For FCS, the next step to achieve full mobility is to transform from a traditional factory to a smart factory, which is also a challenge for the IT team in the next stage. Yin-Ying Chang is evaluating the application of emerging technologies such as AR, VR, AI, and big data to accelerate the transformation. For example, to provide better after-sales services, AI technology can be adopted to predict the service life of components. 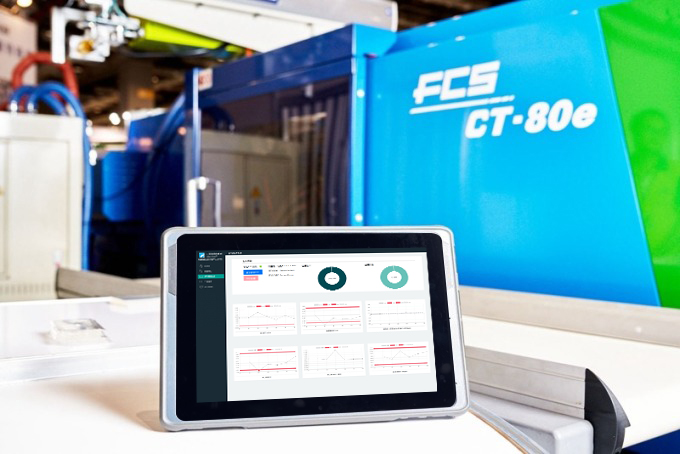