76% of the world’s cocoa beans are produced in Africa, and Cameroon is the third largest cocoa producing country in Africa. What does this have to do with FCS? The chocolate barrel containers used by Chococam, the local large chocolate paste manufacturer, are produced with FCS injection molding machines, and the supplier of Chococam is the first customer of FCS in Cameroon!

FCS’s food indicator customers in Cameroon
The customer initially knew FCS from the official website. The contract was finally signed in FCS booth at the 2019 K, Germany after a lot of consultation and discussions, with three sets of In Mold Labeling Injection Molding Machine and automated equipment, as well as 17 sets of molds to produce food grade packaging - In Mold Labeling containers in seven sizes for chocolate. The FCS business plans the most suitable production system according to the customer’s purchasing budget and the size and volume of the finished product to be produced. Those injection molding machines can produce chocolate containers with capacity from 85 g to 10 L, and the thickness from 0.55 mm to 1.52 mm, which facilitates let the customer easily supply chocolate spreads in different pack sizes to meet market demand and expand their consumer market. 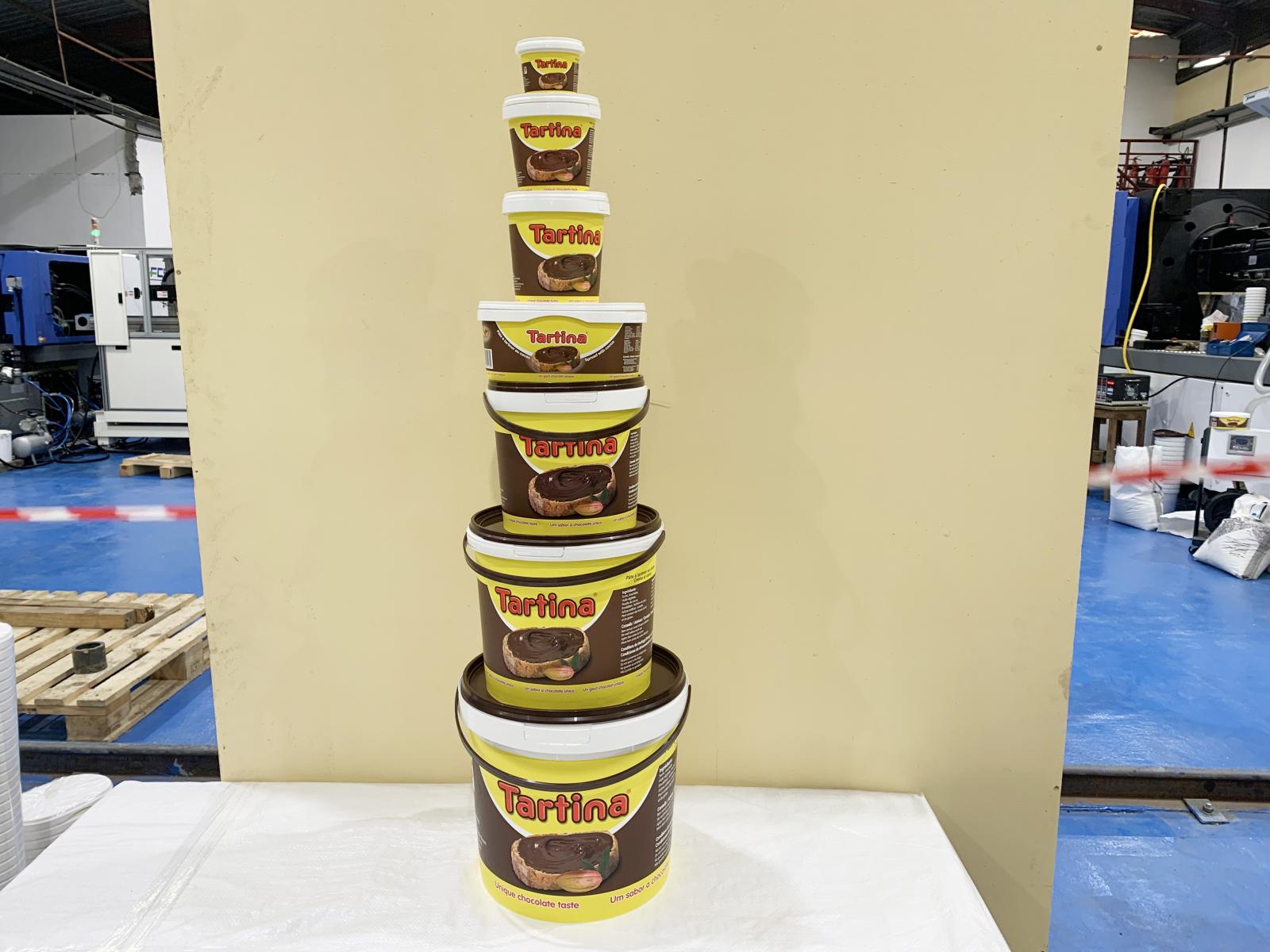 FCS Key to Success
The customer said that he had cooperated with a local manufacturer in Cameroon, and decided to switch to FCS because of the quality issue. During the mold trial before delivery, FCS also used its professional experiences, such as temperature control and molding parameters adjustment know-how, to eliminate the molding quality problems in production, which was again confirmed by the customer. Another key to winning customers’ praise is the mutual trust and solidarity between FCS team members and strategic partners. Whether it is a test run before delivery, or the mass production after installation, FCS has always been able to solve problems with the help of teammates and achieved great results with its customers!