LM series has great reputation that has been developed since 2005, standing for achieving the most efficient production mode with the smallest footprint and the least energy. 2010, FCS LM two-platen injection molding machine received orders of USD 5 million from TATA in India. In 2012 and 2016, it won the "Design & Innovation Plastics & Rubber Machinery" award for honorable mentions and Excellence, and the “Taiwan Excellence Award” in 2018.

This high-end machine for KEYWAY has interlocking design in clamping unit to achieve a better fluent high-pressure clamping. The high-rigidity platen and extended guide design could carry a huger mold. High-parallelism platens coupled with Novotechnik German sensors make it a fast and precise mold closing performance under the maximum daylight of 4,500 mm. 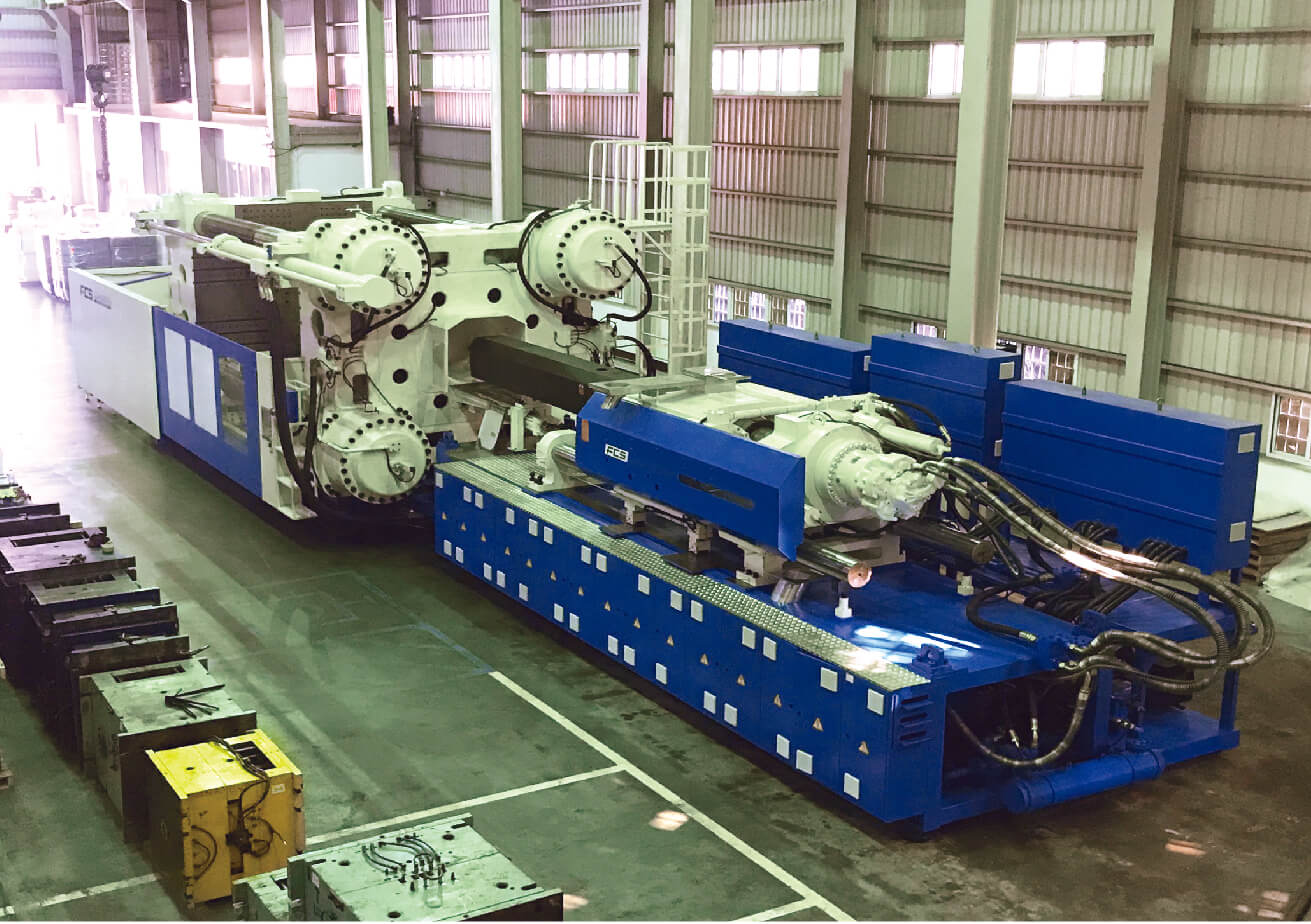