2016-05-13
The four-day 2016 China International Exhibition on Plastics and Rubber Industries (hereinafter referred to as Chinaplas) came to a successful end on April 28. Chinaplas is Asia’s No.1 & World’s No.2 Plastics & Rubber Trade Fair. This fair saw a substantial number of visitors exceeding 140,000, of which overseas visitors accounted for as high as 27%, and also over 3,300 exhibitors and over 240,000 square meters exhibition area, hitting a record new high in both the number of exhibitors and that of visitors.

At the fair, FCS debuted with a new layout and style of furnishings, and showed a variety of mold demonstration and development and application of the latest injection technology. In this grand event of Chinaplas, with the theme of versatile functions, good quality and intelligent trend, FCS presented with Horizontal Rotary Table Two-Component IMM, Servo Power-Saving Multi-Component IMM and Two-Platen IMM. Moreover, its all new exhibition strategies helped yield a successful sales record.

1. Functional Two-Component Molding System: HB-RV Series
In 2012, FCS successfully researched and developed HB-RV series, “High Tonnage Two-Platen Two-Component IMM”, with a clamping force of 1,900 tons, which is one of the very few super large two-component machines at home and abroad. The HB-350RV series with dual-color car sunroof concept equipped with dual colored tray produced by KUKA 6-axis robot displayed on this occasion attracted quite a number of professional buyers. Wherein models in the series not only reduced traditional inertia and gravity influence with its horizontal rotary platen, but also were compatible with dual-color and single-color heavy molding as its mold base design of the horizontal turntable had a load of up to 3,600 kg, and the turntable could be positioned as fastest as within 3 seconds.

2. Precision Power-Saving Multi-Component Molding System: FB-RV Series
FCS boasts of advanced technical strength in the field of dual-color molding and leading role of industrial development direction. In the fair, the all new generation II “Two-Components Servo Power-Saving IMM (FB-230RV)” was presented, the rotary table of which was controlled by a servo motor with a rotary time shortened by more than 50%. Along with precision molds, SEPRO 3-axis robot and on-line monitoring devices, automated production of dual colored cap, the finished product was a remarkable work visitors couldn’t take hands away from it, which also showed the stability molding technology with high precision and high-speed. FCS’s Servo Power-Saving Multi-Component IMM, with a maximum clamping force of up to 1,900 tons, could be applicable in production of all types of dual-color finished products including push buttons, handles of tools, pens, lights, household electrical appliances and the like.

3. Two-Platen Hydra-Mech Molding System: LN-SV Series
The Two-Platen Hydra-Mech IMM in the medium and large LN-SV Series of FCS, developed with the integration of European technology, have gained applauds in market. With an innovative design of models, the series are characterized by an efficient clamping stroke, which can save 30% of the floor space; quick mold adjustment which can help shorten the cycle time; and larger mold clamping stroke and capacity, suiting to large or deep bucket-type products; and a clamping system free from toggle wear problem, which helps reduce the lubrication need and maintenance cost. In the exhibition, FCS presented a show of exquisite tables (1.4KG) automatically produced with one-cavity mode by LN-900SV and KUKA 6-axis robot, whose shape was delicate and color was versatile that changed each day. Complemented with several numbers of clock-punching and prize-rewarding activities, it drew a large number of crowds to queue, creating a spectacular scene in the fair. 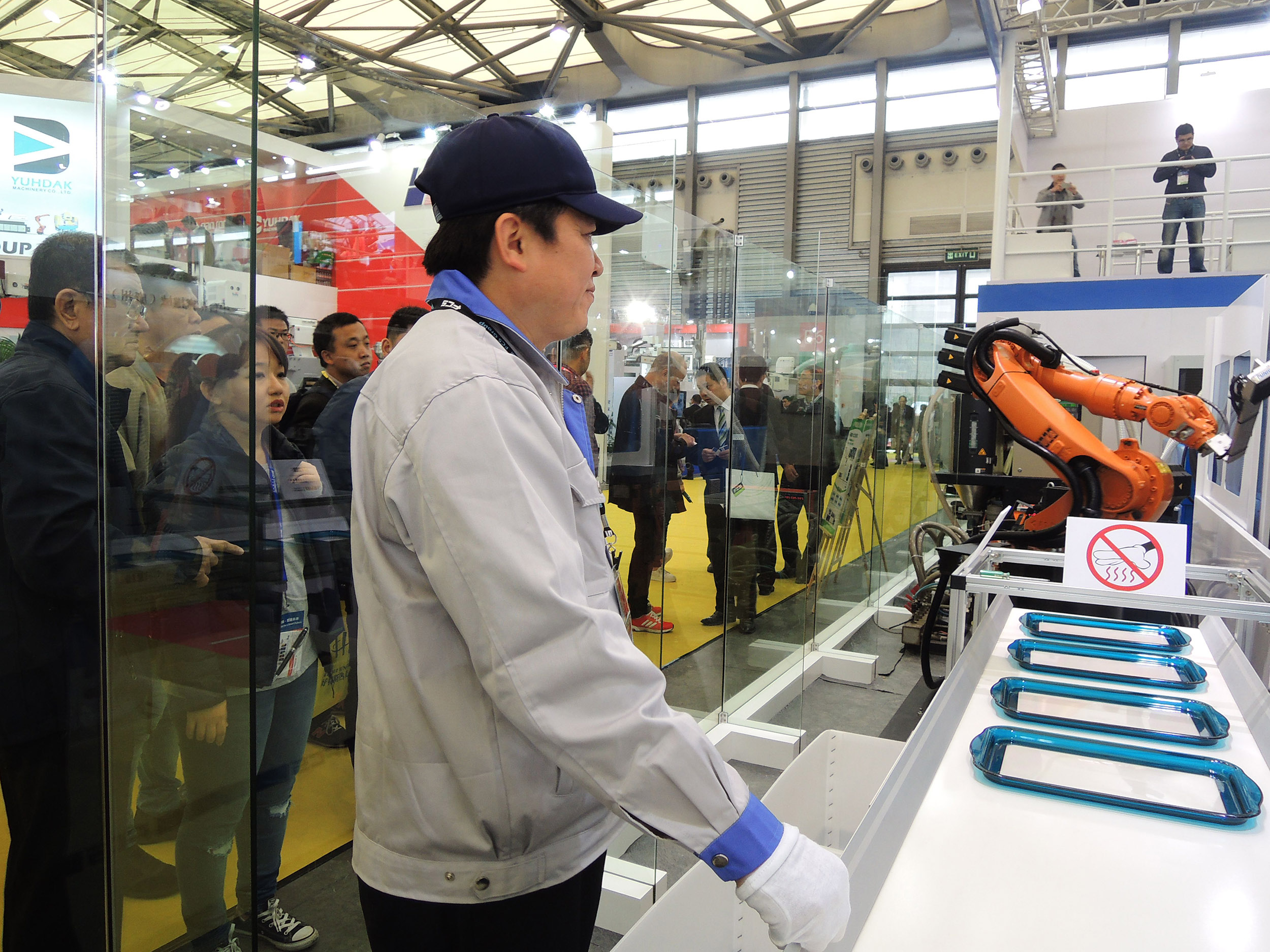 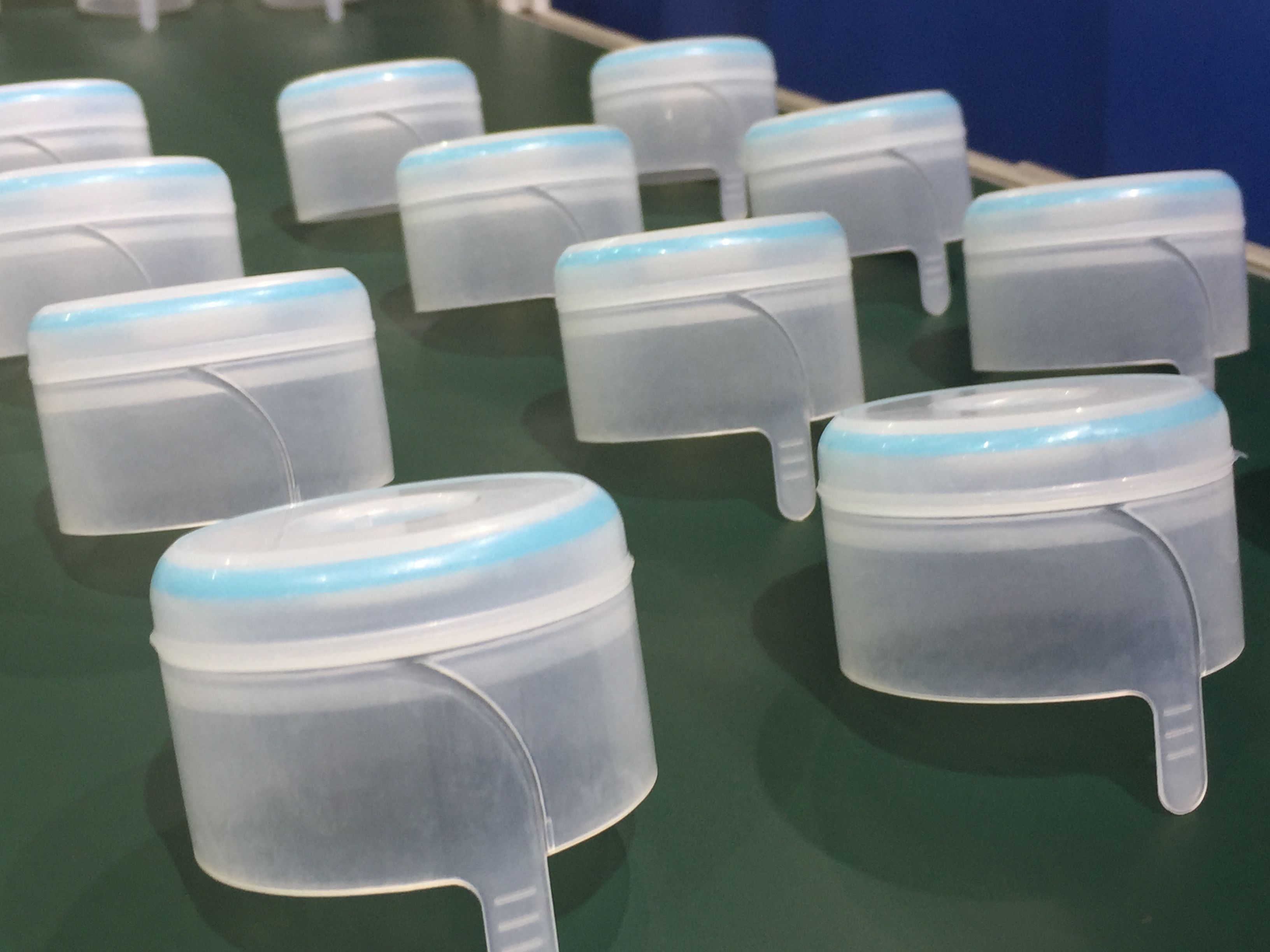 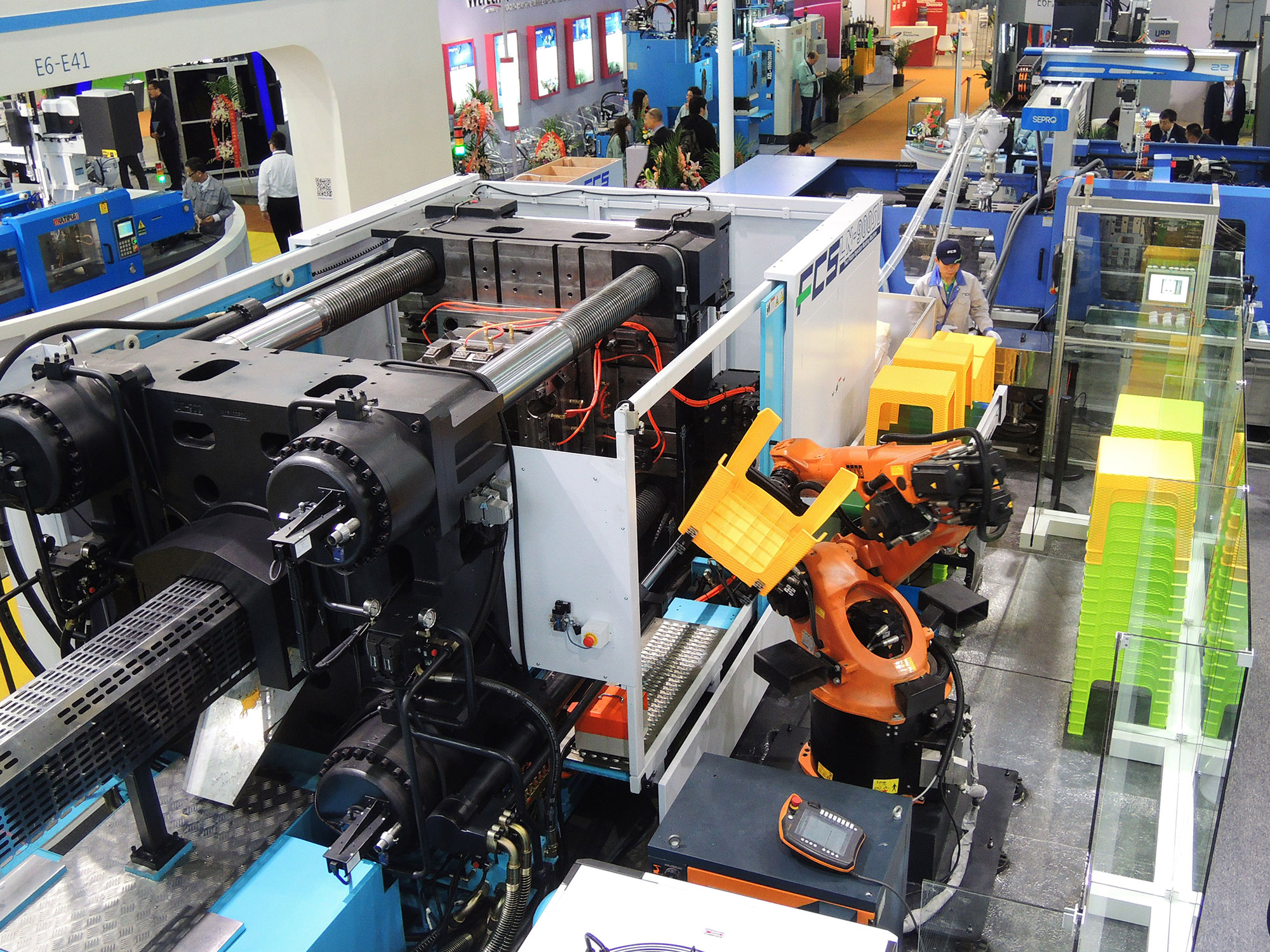 FCS models exhibited on this occasion were not only embodied with high technical elements and innovative ideas, but also adapted to market requirements in energy saving and industrial development trends, fully showing its expertise in system integration and innovative R & D capability; after the fair, there were a number of cargo suppliers building cooperation relations with FCS for the joint research and development of new technologies. What was more exciting was that the fair indirectly brought as many as a million-dollar-valued orders for FCS. And the constant receiving of order information during the consultation made the exhibition outcome perfect. The next Chinaplas will be held in Guangzhou, by which FCS looks forward to once again creating brand new opportunities for you and achieving win-win situation. 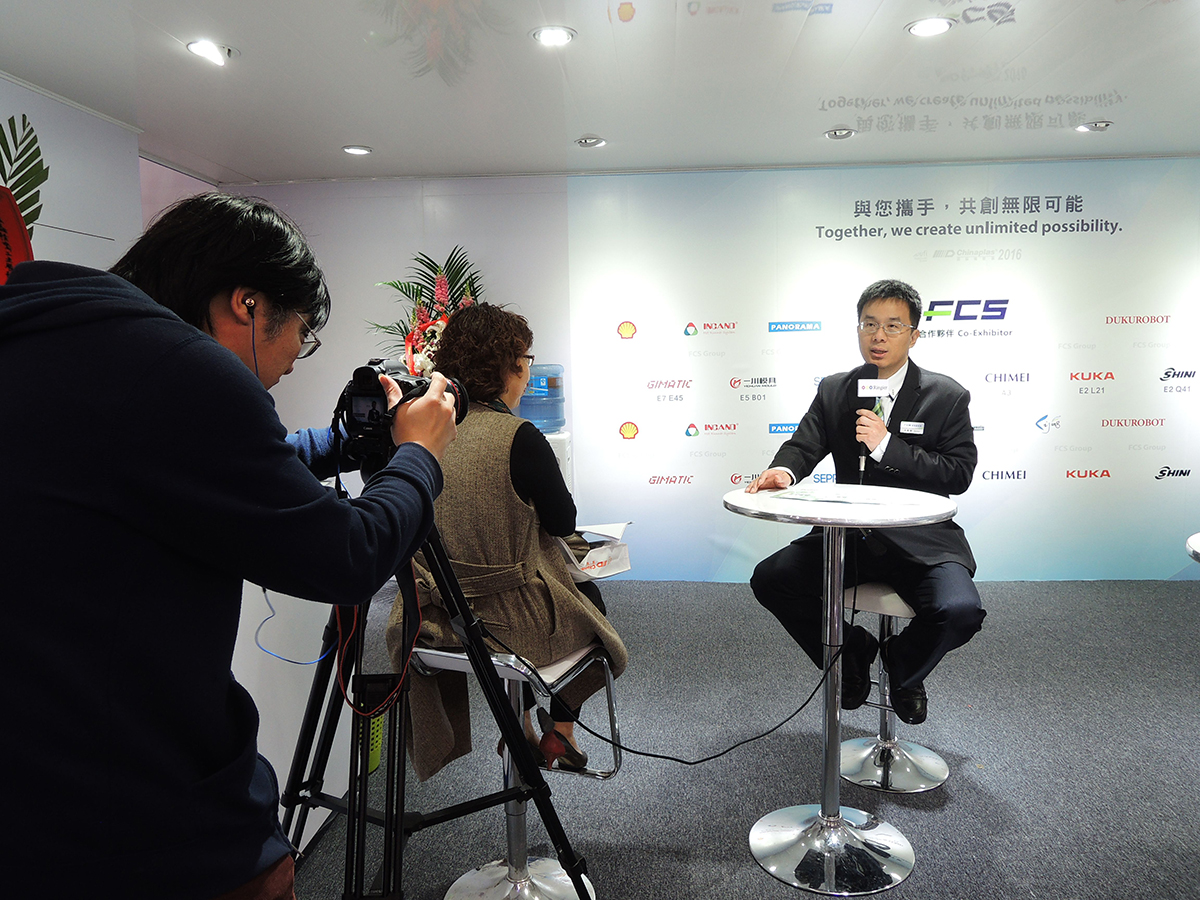